Austin Adams, 17, was trying to quit smoking. So he turned to electronic cigarettes in an attempt to ease his addiction to tobacco, NBC News reported.

He found the one he wanted — a device from a company called VGOD — and asked his mother, Kailani Burton, to buy it for him. She did. Adams had been using the new device when it exploded in his mouth. The force knocked out several teeth and shattered his jaw.

Just last week, the FDA finalized guidance for manufacturers who are submitting new applications for tobacco products, which includes e-cigarettes. The agency now recommends that companies provide detailed information about the kinds of batteries they use, as well as plans for addressing the likelihood of overheating, fire and explosion.

But while the agency has sent warning letters to e-cigarette manufacturers about marketing violations and illegal sales to minors, they haven’t issued any warning letters about the potential for the batteries to overheat and explode.

Teen Catches Toddler Falling From a Window in Dramatic Video 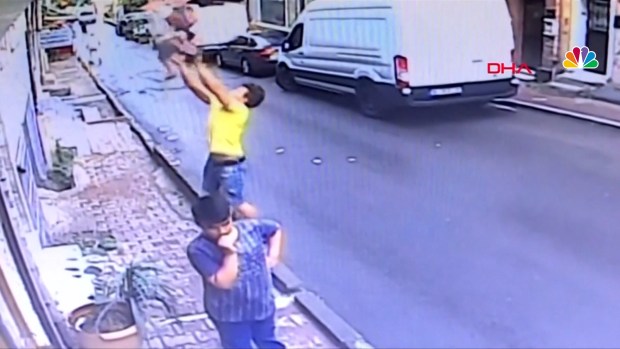