Tesla Driver Appeared to Be ‘Fully Sleeping’ for at Least 30 Miles on Calif. Freeway

There are six levels of driver assistance technology recognized by federal highway safety authorities, ranging from a driver performing all the tasks to full automation — the vehicle can do everything under all conditions.

Tesla’s Autopilot feature falls somewhere around levels 2 and 3, partial automation and conditional automation. Both require the driver to at least be ready to take control of the vehicle at all times.

So when Shawn Miladinovich looked at the Tesla alongside him on the notoriously busy 405 Freeway in Southern California, he was alarmed — the man in the driver’s seat was apparently sound asleep, he said.

“I’d seen it on the news before, I just couldn’t believe I was actually seeing it,” Miladinovich said.

Miladinovich first noticed the driver on the 405 Freeway in the Orange County community of Westminster and called the California Highway Patrol. About 30 miles later on his way from San Clemente to San Pedro, Miladinovich said the man still appeared to be sleeping.

“I realized he was fully sleeping,” he said. “Eyes shut, hands nowhere near the steering wheel.”

On its website, Tesla says the advanced Autopilot system is designed to help the driver out with driving’s “most burdensome” tasks, enabling the car to steer, accelerate and brake automatically within its lane. The company makes it clear: “Current Autopilot features require active driver supervision and do not make the vehicle autonomous.”

Images and video were captured by a passenger in Miladinovich’s car. He said the Tesla driver appeared slumped over with something tied around the steering wheel.

“If his little thing tied around that steering wheel fell off, and he was still sleeping, he would have slammed into somebody going 65 miles per hour,” Miladinovich said.

When the system doesn’t sense adequate torque on the steering wheel, Tesla says the system actually delivers a series of visual and audible warnings to remind the driver.

No Religious Exemptions for Measles Vaccines 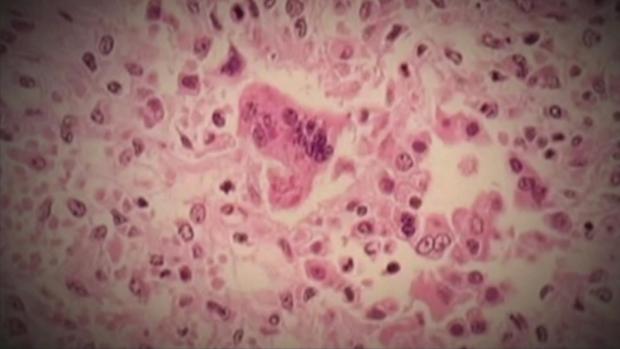 “This helps ensure you are attentive, and that the steering wheel is properly oriented in the event that you need to take over control,” the company says on its website. “If you repeatedly ignore these warnings, then you will be locked out from using Autopilot for the duration of that trip.”

Tesla did not respond to an NBC4 request for comment. The CHP said the driver could be cited, if identified and found.