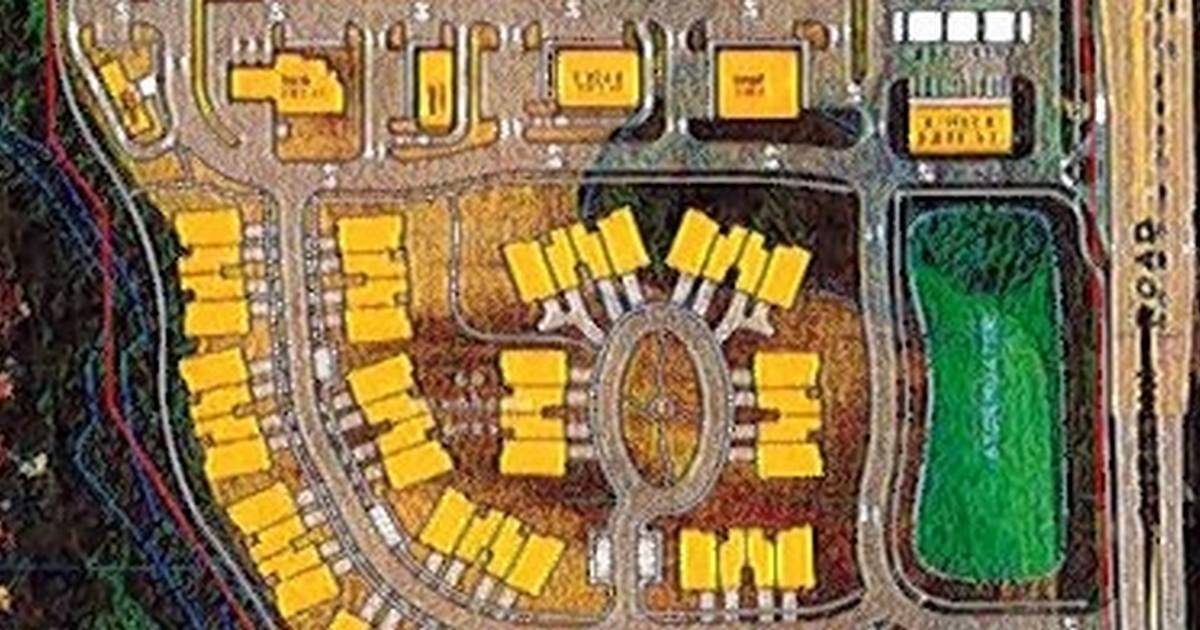 Developers, appearing before the Lake Zurich village board, outlined a plan to build 60 luxury townhouse units and six commercial buildings on the southwest corner of Quentin Road and Route 22.

Joe Elias, owner of Vintage Luxury Homes, said at the Monday meeting that the commercial buildings would be on the north side of the lot along Route 22. The preliminary plans call for eight acres of land consisting of a bank, a coffee shop and four free-standing retail buildings, two of which are designed as drive-through establishments. Elias’ team submitted two configurations for the corner property, one with a retail building and the other with a gas station.

Elias said he’s heard significant interest from companies who want to build a gas station at the corner.

The residential section would include a central green space area with connected walking paths throughout. The plan includes 15 residential buildings with four townhouses each. Each townhouse would be two stories and include a two-car garage. Elias said the townhouses would be configured in a way where not every unit’s garage would face the street.

The project was before the board as part of the village’s courtesy review process. No votes were taken.

Trustee Janice Gannon said she thought the project looked wonderful, but added she’d spoken with neighboring residents to the west who were concerned there wouldn’t be enough trees and plants along the border. The village recently removed invasive plants and buckthorn trees in the area.

Elias said he has more than 30 years of experience designing landscapes.

“We always pride ourselves on doing a really nice job with landscaping,” Elias said.

Elias’ plan comes to the board nearly two and a half years after it rejected a similar, albeit more crowded, proposal for the same plot of vacant land.

In June 2017, the board rejected a plan to build a gas station, other commercial buildings and 42 single-family homes there. Residents at the time opposed the plans, particularly the gas station.

Elias said he plans on submitting plans in the next 30 to 45 days to get the project before the village’s Planning and Zoning Commission.