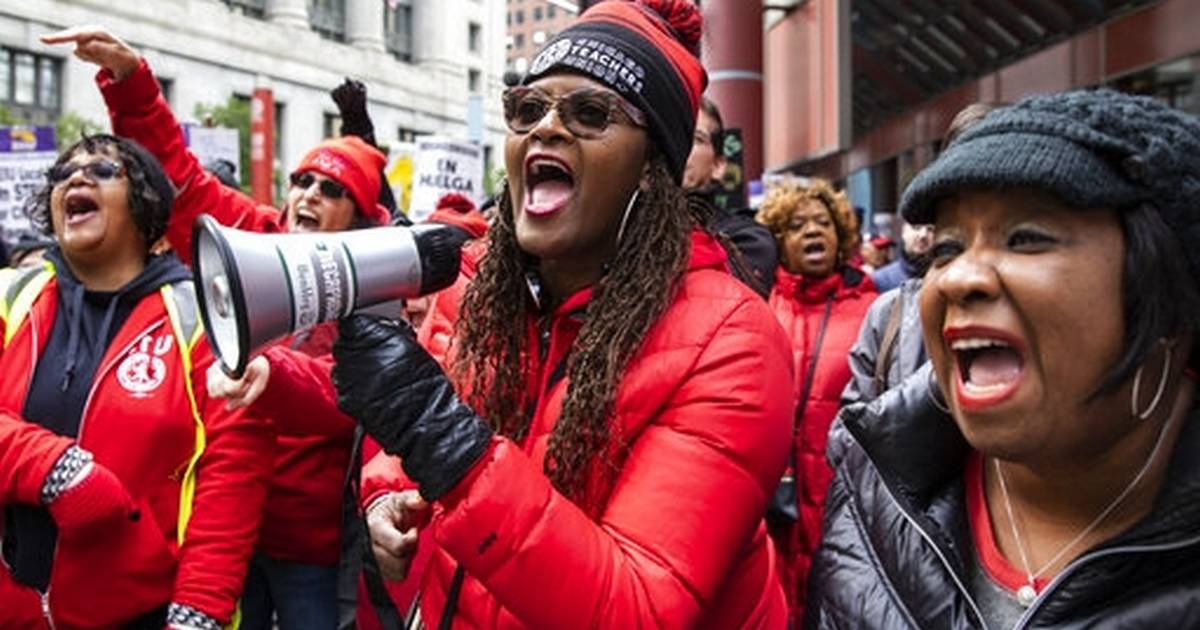 CHICAGO — Classes will be canceled again Friday after Chicago Public Schools and the teachers’ union failed to reach a deal to end a week-long strike in the nation’s third-largest school district.

Both sides said Thursday they’ve made progress at the bargaining table but disagreements remain on big issues , such as class sizes and staffing.

Among those feeling the fallout are student-athletes, who under state rules may not be allowed to participate in upcoming state competitions in cross country, football and other sports if the strike continues.

That prompted legal action Thursday, as the parent of a sophomore cross country team member filed a request for a temporary restraining order in Cook County Court to allow the Jones College Prep team to compete in state playoffs this weekend. Kevin Sterling, who is an attorney, said some athletes had college scholarships on the line, and that the kids had become “collateral damage” in the dispute between CPS and the union.

Teachers and other staff also say they’re feeling the financial pinch of not receiving wages for the time they are not in school. Unlike some other unions, CTU does not have a strike fund to partially compensate members who are on the picket lines. The American Federation of Teachers has started a “strike solidarity fund” for people who want to donate to help teachers.

The union wants CPS to put in writing a commitment to smaller class sizes, which teachers say currently exceed 30 or 40 students in some schools, and to staff each school with a nurse, librarian and social worker. CPS says it’s taken steps toward meeting those goals but has a responsibility to taxpayers and students to ensure the district is financially stable.

On Thursday, the union held nonviolent civil disobedience training for members, saying actions like shutting down streets may be necessary to increase pressure on CPS to reach an agreement.