NASA is developing a plane that may pave the way for greener air travel.

The NASA X-57 Maxwell plane–referred to as the X-Plane–is an all-electric experimental aircraft. Instead of fuel-powered turbine engines, the X-Plane gets its juice from lithium ion battery packs.

It can perhaps best be described as a Tesla with wings.

Brent Cobleigh, NASA Flight Demonstrations and Capabilities Project Manager, said the X-Plane serves as a glimpse into the future. 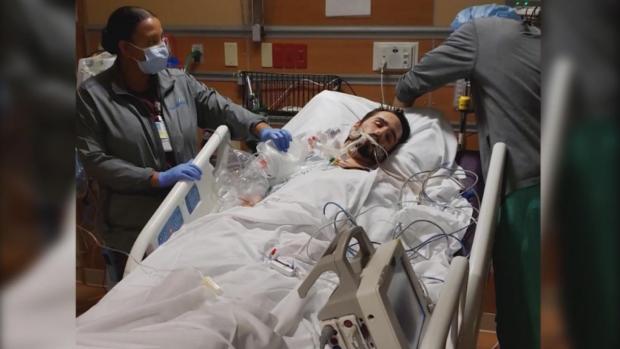 “To see the era of the Jetsons be something that’s potentially real is pretty exciting,” Cobleigh said.

The X-Plane is currently in its Modification II configuration, and is one of three all-electric configurations being used to develop certification standards for electric aircraft markets.

Each of the lithium ion battery packs used in the plane weighs about 51 pounds, and the X-Plane uses about 800 pounds of battery packs in total to function.

“That battery can put in about the amount of power you need to power 100 average American houses,” Cobleigh said.

The plane also features 14 electric motors and propellers, which allow for greater efficiency and zero in-flight carbon emissions. The aircraft’s electric components also alter the noise it emits, resulting in a softer, higher-pitched sound when compared to regular planes.

The X-Plane will begin air testing as early as next year when it is shared with the government and the airline industry.