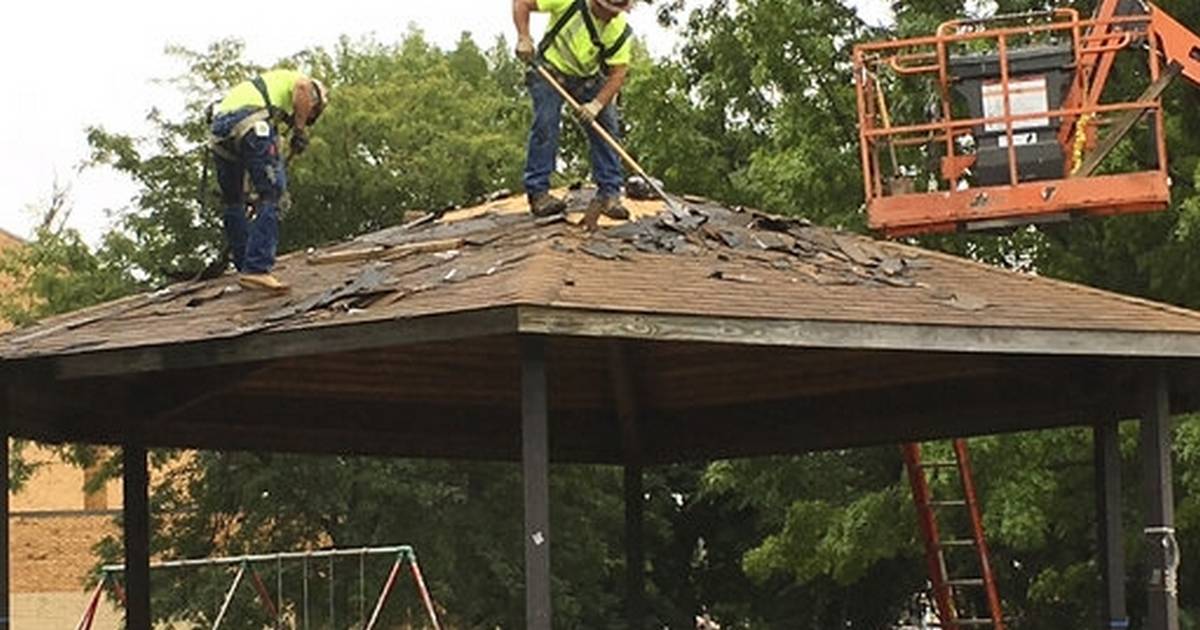 CLEVELAND — The gazebo where 12-year-old Tamir Rice was fatally shot by a white policeman in Cleveland is being rebuilt in Chicago as a temporary memorial and meeting spot.

Crews dismantled the gazebo outside the Cudell Recreation Center in 2016, nearly two years after the death of Tamir, who was shot while playing with a pellet gun. The reconstructed gazebo will be unveiled Sunday in Chicago outside an arts gallery and community space called Stony Island Arts Bank, Cleveland.com reported.

Tamir’s mother, Samaria Rice, initially wanted the gazebo to be destroyed but said she is glad she changed her mind.

“It’s a part of history,” said Rice, who planned to attend the ceremony.

The rebuilt gazebo is being unveiled by the nonprofit Rebuild Foundation two days before what would have been Tamir’s 17th birthday. His mother hasn’t found a permanent home for the structure but said she hasn’t ruled out the possibility that it could be displayed in Cleveland again.

The city paid $6 million to settle a wrongful-death lawsuit over Tamir’s death.

He was shot by officer Timothy Loehmann within seconds of a cruiser skidding to a stop outside the recreation center in November 2014 as Loehmann and his partner responded to a report of a man with a gun.

Loehmann was cleared of any criminal wrongdoing but was later fired in 2017 for failing to disclose to the city that he previously had been forced out by another department. The Cleveland police union has challenged Loehmann’s firing, calling the decision a “witch hunt.”


Samaria Rice has opposed the union’s appeal effort. Earlier this month, she delivered petitions with more than 170,000 signatures urging the union to stop trying to overturn Loehmann’s firing.