Shortstop Addison Russell has been non-tendered by the Chicago Cubs, making him an unrestricted free agent.

The announcement was made Monday just before the MLB deadline for contract decisions for arbitration-eligible players. Russell would have been due to make a contract worth nearly $5 million, according to projections, but will likely not be back with the team after a tumultuous final two seasons with the club.

“We decided to non-tender Addison Russell today simply because the role we expected him to play for the 2020 Cubs was inconsistent with how he would have been treated in the salary arbitration process. 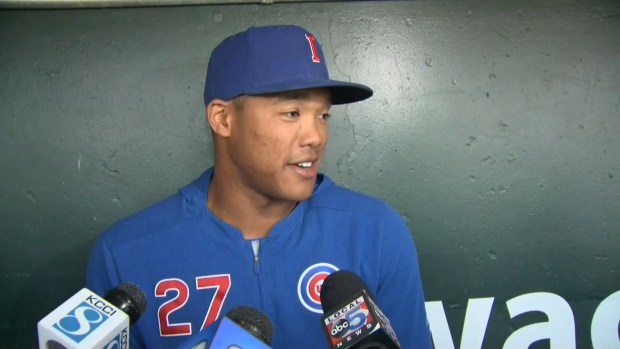 In the year since we decided to tender Addison a contract last November, he has lived up to his promise to put in the important self-improvement work necessary off the field and has shown growth as a person, as a partner, as a parent and as a citizen. We hope and believe that Addison’s work and growth will continue, and we have offered our continued support of him and his family, including Melisa.

We wish Addison and his family well.” 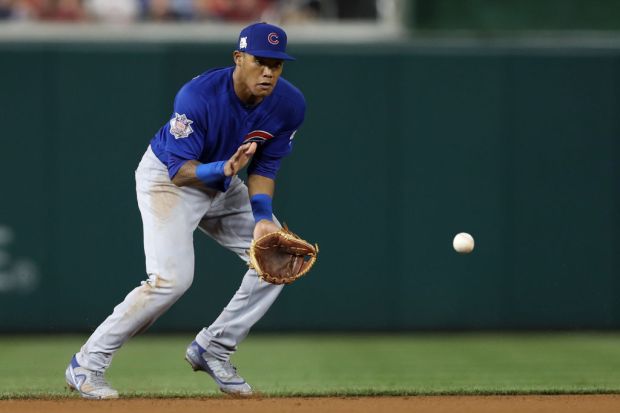 Russell was suspended for the first 40 games of the 2019 season amid allegations of domestic violence made by his ex-wife.

After he was activated, Russell struggled at the plate and in the field for the Cubs, and was sent down to Triple-A Iowa in late July. He was brought back to the team in mid-August, hitting nine home runs and driving in 23 RBI’s in 241 plate appearances.

Finally, the team agreed to terms with pitcher Jharel Cotton on a contract for the 2020 season, avoiding arbitration.

The Cubs’ 40-man roster now stands at 36 players after the moves.