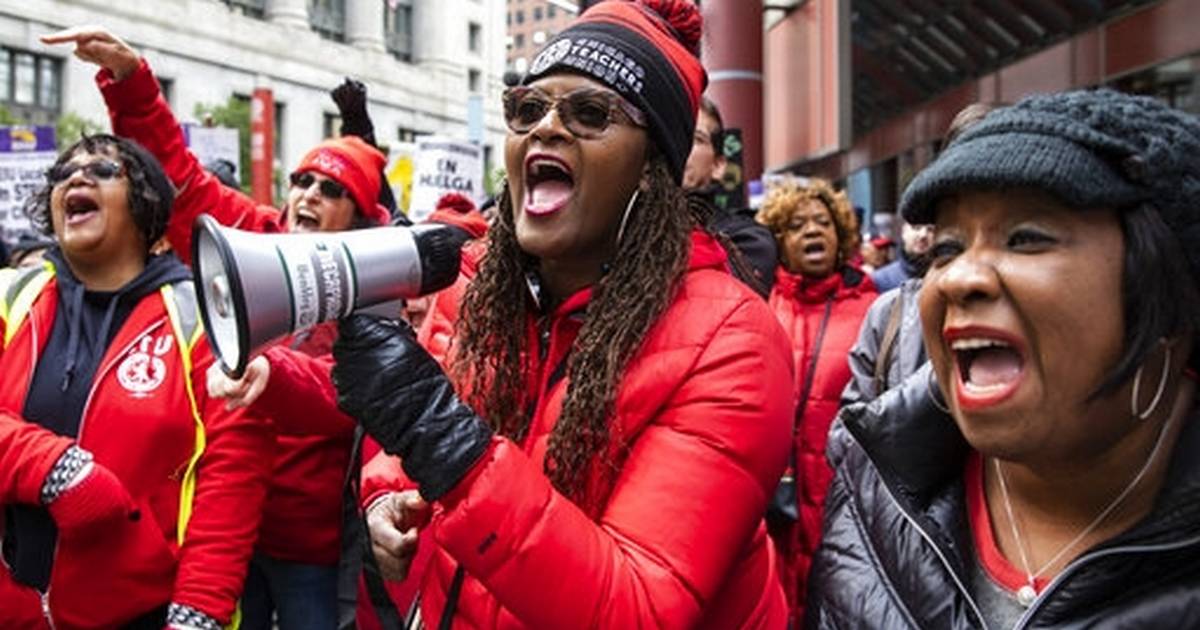 CHICAGO — Chicago teachers on Friday approved the contract deal that ended an 11-day strike and includes pay raises, $35 million to enforce limits on class sizes and a pledge to supply each school with a nurse and a social worker.

Teachers held marches and rallies across the city; the district kept school buildings open but canceled two weeks of classes. More than 300,000 students and their families were affected.

Teachers said they were striking for “social justice,’� with the aim of increasing resources such as nurses and social workers for students, and reducing class sizes, which teachers said exceed 30 or 40 students in some schools.

Union leaders said the strike forced the city to negotiate on issues they initially deemed out of bounds, including support for homeless students.

Lightfoot, who took office this year, said the strike was unnecessary and dubbed the city’s offer of a 16% raise for teachers over a five-year contract and other commitments on educators’ priorities ‘œhistoric.’�

Once the strike ended, Lightfoot said the entire city would benefit from the negotiated deal.

The district also committed $35 million to enforce class size limits and agreed to put nurses and social workers in every school by 2023.


‘œOur contract fight was about the larger movement to shift values and priorities in Chicago,’� said CTU Vice President Stacy Davis Gates in the union’s release Friday. ‘œWorking class taxpayers in Chicago have paid for skyscrapers that most will never visit – but a school nurse is someone their child in need can see on any day. In a city with immense wealth, corporations have the ability to pay to support the common good.’�

Teachers suspended the strike on Oct. 31 after more than half of the union’s elected delegates tentatively approved the agreement.

Union leaders have said the agreement would create ‘œreal and lasting change’� for students. But some members wanted to hold out for more concessions on classroom conditions.

With 80% of schools reporting, 81% of members had voted yes to ratify the new contract, a late Friday tweet from the union said.

‘œThis contract is a powerful advance for our city and our movement for real equity and educational justice for our school communities and the children we serve,’� the union’s president, Jesse Sharkey, said in the release.

The contract now must be approved by the Chicago Board of Education, which is scheduled to meet Nov. 20. The mayor appoints all the board’s members.

In a joint statement, Lightfoot and Chicago Public Schools CEO Janice K. Jackson said they were happy with the teachers’ vote and ‘œproud’� of the benefits the agreement provides.

‘œThis historic, fiscally-responsible agreement includes investments and initiatives that will build on the incredible progress our schools have made and support our commitment to equity,’� the statement said.

Lightfoot and union leaders have agreed to make up five of the school days lost to the strike.